Keep reading our post to learn more about the celebration of this day. In addition, we will reviewthe most interesting benefitsit brings us.

The origin of the most precious sweet is due to the commemoration of the birth of the writer Roald Dahl, the author of ‘Charlie and the Chocolate Factory’, that strange character that Johnny Depp played in the cinema, Who does not remember? This day was established in 1955.

Chocolate brings many benefits to your health

Cocoa, especially the pure and bitter, has very interesting nutritional substances, which favor theprevention of different ailments, even improving our skin, among many other benefits, as long as it is consumed in adequate quantities.

Pure cocoa, without adding anything else, has flavonoids, known tofacilitate the dilation of the kidney arteries, facilitating thesupply of nutrients and oxygen that reaches the organs. In addition, flavonoidshelp protect tissues from oxidative stress, or what is the same, help prevent premature aging of cells.

Dark chocolate helps reduce the risk of cardiovascular diseases, according to studies from Harvard University. Other associated benefits are that it reduces the cholesterol known as “bad”, reduces blood pressure and improves the transit of intestinal flora. 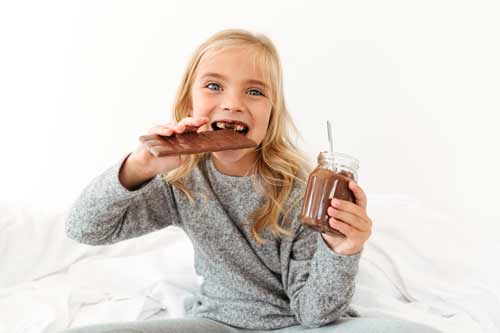 Without a doubt, chocolate conquers palates, in addition, consumed in adequate proportions and in its purest version (from 75-80% cocoa), it provides health benefits. What more could you want?

At Grupo Vifra we encourage you to enjoy International Chocolate Day. We have all kinds of packaging for food. Contact us.